From Nestor To Jacobs 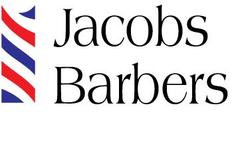 June 2016 - while searching for suitable commercial space to start a barber business Jacobs spots an offering posted by Nestor's Barber Shop. Nestor, its retiring owner, was now making his shop available to lease. September 2016 - Nestor and Jacobs reach an agreement and after a little space update Jacobs Barbers opens October 2016.

Jacobs is thrilled with the opportunity to continue servicing Nestor's clientele and welcomes everyone to join the customer list.

Jacobs starts cutting hair at age of 5 causing smiles and whispers at home. Unsuspecting dolls at first, followed by adventuresome family members and later friends that should have known better - strangely kept coming back for those special haircuts...

Years later Jacobs established herself in Hair Styling and Barbering through the Ontario College of Trades and the Ministry of Training, Colleges, and Universities.